The Sad Song of Sequin Island

from Defiant by Christian Williams 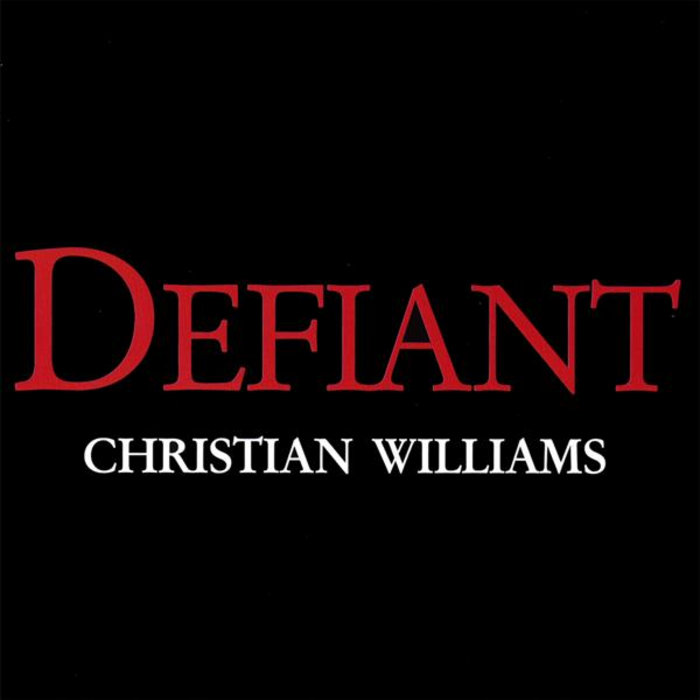 Broken boards were bobbing. The notes hung in the air, he dropped the red ax handle while with lifeless eyes she stared. He closed his eyelids softly, his mind began to race. The pain throbbed unrelenting like the waves against this place.

He met her on the mainland, about two years before. Her eyes were like the ocean - deep, restless and at his door. He asked her hand in marriage, her heart she freely gave. He tended to his duties but the boredom, he couldn't take.

He bought her a piano, and dragged it up the rocks. He thought one song would suit her but her fingers never stopped. He heard her notes while working. He heard them in his sleep. He went as mad as she was counting spiders, flies and fleas.

She sensed he wasn't sleeping and she told him to relax. She tried to help by playing and he thanked her with his ax. He stared into the ocean and then he closed her eyes. Walked that crooked staircase and he leaped into the night.

It stands on the horizon, a light to the distressed. But inside there is darkness and a song that never ends.

from Defiant, released September 1, 2007
Words and music by Christian Williams